How to go full time online – working from home 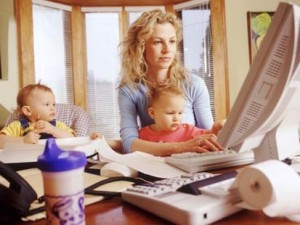 You’re working in a job you hate.

You use their new supery dupery system

You quit your job because you’re earning 6 figs a
month.

Not a bloody clue but if it HAS, I’ve not heard
about it.

When I first went full-time I did ANYTHING to keep
money coming in.

Spending 8 hours a day writing posts in forums to
drive traffic to my offers because I couldn’t
afford paid traffic.

Dabbling with importing and selling stuff on Ebay.

Panicking when bills came in but somehow managing
to pay them, then worrying about next month…

Not the seamless transition from wageslave to
successful marketer that we see on the box eh?

Well I’ll tell you now that if I HADN’T gone
through that I wouldn’t be in the position I am
today.

I’m not talking about ‘serving my apprenticeship’
or anything so twee.

If I could have found a fast-track to getting rich
by shaving my head and wearing an orange curtain
you’d be listening to finger-cymbals right now.

I needed that ‘struggle’ (and let’s face it, it’s
NOTHING compared to working as a coal miner or
fighting one of the pointless wars we’re involved
in at the moment)

I needed it so I could ‘see’ success from the
viewpoint of a wannabee marketer. I need to put
myself in the arena I wanted to work in albeit at a
lowly level initially.

One of the people we employ to do our support is a
great example.

A very nice, very clued up chap he is.

He quickly realized that he wanted to work full-
time from home and by diversifying his income
stream he found a way to do it.

He now provides a very high level of support for
some big name marketers (and me), and also has his
own products and blog.

I’m sure he won’t mind me saying that having
multiple streams of income gave him the ability to
quit his job that he might not have had if he’d
started developing his own product and wouldn’t
consider anything else.

Most successful marketers I know started out doing
‘a bit of this’ and a ‘bit of that’ in order to get
themselves into the game.

Once you’re involved in IM full-time in WHATEVER
capacity, you’ll start really seeing yourself as a
marketer rather than someone with a 9-5 who ‘does a
bit of marketing at weekends’

Look – I’m a realist. I know that mortgages have to
be paid and bills met and more importantly FAMILIES
supported so I’m not saying quit your job right
now.

But there’s no doubting the fact that if you get
yourself in the position where you’re working full-
time online doing WHATEVER IT TAKES then you’re in
a much stronger position than if you’re
working a 9-5.

For a start you’ll find that when you quit your job
the ideas will flow in a way you never imagined.

After working 40 hours a week you’re often mentally
and physically knackered and couldn’t put up a
shelf let alone a coherent business strategy.

But once you no longer have your time sapped like
that, you won’t believe the opportunities and
potential that open up for you.

And it doesn’t half feel good too.

I’m not suggesting you quit your job now and dive
in head first, although if you’re in a position to
do that why the hell not?

Instead I’m just suggesting you should keep your
eyes and mind open to the possibility that going
full-time online, if that’s what you want, might be
easier than you think.

You don’t – if doing a bit of affiliate marketing,
a bit email support for another marketer, a bit
of ghost writing and selling a few copies of your
own report brought in a grand or two a month….

Would that be enough for you to take the plunge
into full-time IM, and then work your arse off to
stay there?

Dan Flower has just produced a FULL case study of
the methods and techniques he used to go full-time
online.http://www.jvzoo.com/c/7617/10529

This is warts and all stuff, and he holds nothing
back.

It’s no fairy story for sure – some of it involves
grunt work but this is NOT pie in the sky stuff
because Dan has been full-time online for almost a
year, all thanks to these methods.

And his business is growing every day. In fact I
happen to know that he’s running it from on
vacation all week this week.

‘Quite honestly, once you’ve seen the potential
that exists for making money online, it’s pretty
bloody hard to let go of it!’

He includes ALL actual figures, struggles, wobbles
and successes.

…so if you want to know the REALITY of how an
average bloke gets into IM full time check out the
link below for more details: