Are you falling for the ‘winner’ myth? 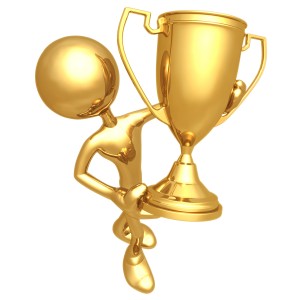 I don’t like the term ‘winner’ when it relates to success.

…and I don’t think that’s true.

Many people don’t even start the race and that’s cool – it’s up to them.

Even at school I wasn’t competitive.

I played in the football and cricket teams and was the high-jump champion one year (it helped being six feet tall at 12 years old!)…

…but I was never really competitive.

If I came first in something that was great.

If I came last it didn’t matter too much though.

I see mates I went to school with and some are madly competitive STILL – their kids HAVE to be the ones that come first in party games, or if there’s a dad’s competition it turns into an olympic sport with some blokes needing to win.

It’s all done with a lot of laughter but you can see there’s a real edge there with some people, again which is fine

I learned very early on that I was at my happiest doing things at my own pace and with my own goals in mind.

This doesn’t mean I’m not driven or motivated – I am – and if I find myself on a leaderboard for promoting an affiliate product then maybe that $1,000 for coming first isn’t the only reason I want to come out on top…

…but the fact is I’m not really competitive, and guess what?

And like I said, business is good and I’m happier now than I’ve ever been in my life.

That makes me a winner I reckon 🙂