What would you pay for a bottle of wine? 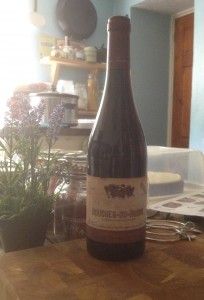 So what’s a fair price to pay for a bottle of wine?

Just once in a while…

I’ve had bottles priced at around £300 in the past but I’ve found that once the price goes past £40 at an absolute maximum I can’t taste the difference.

How much would you pay for software?

We sell some software that can be used in a lot of aspects of online business.

It’s the SAME software in all cases

…except that when we’re offering it in the internet marketing niche it goes out free as a list builder under a certain name.

And THEN when we sell to businesses, (based on the deal we strike) we change the name AGAIN, brand it with their company logo and charge a lot more because we sell it as a ‘software solution package’

Of course not – it’s business.

And the IM crowd wouldn’t pay business rates for the software, and if they did they’d scream to high heaven because although it’s very effective and streamlined, it’s also very simple.

When it comes to selling…

…It’s essential that you know your market 🙂

Even though there’s a very real possibility it could be the same stuff, and someone just swapped the labels round 🙂

So how much would you pay for a bottle of wine?

Depends on the label, the circumstances, what it’s intended for and who it’s being sold to.

Comments welcome – let me know what you think

(PS The one in the pic cost about six quid)

2 responses to “What would you pay for a bottle of wine?”