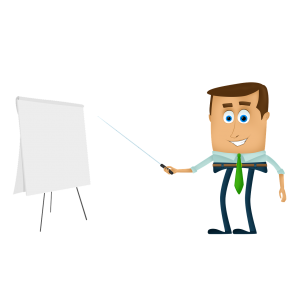 Traditional thinking (aka ‘repeating the myth without testing’)  suggests that you should only ever put ONE link or call to action in your emails to your list, on your squeeze pages (they either opt-in or leave) or on your sales pages.

This might have been true some years back – Hell I even mentioned it once or twice in my own reports, and while putting just one link still works and works well…

…I’ve been getting some pretty good results from ’round up’ emails to my list where I recap the offers I’ve mentioned over the past week or so. Obviously these emails include multiple links to products, which supposedly lead to the reader being confused and not buying anything

This is rubbish for two reasons:

Anyone who has been around internet marketing for any length of time knows the score. They KNOW they’re being marketed to (just like you do when we watch ads on the telly), so why not give them a choice of the recommendations you’ve made over the past seven days and see if anything takes their fancy?

I’m not an innocent by the way, I KNOW the power of forced opt-ins. multiple upsells and downsells and membership programs that are near-impossible to escape from.

It’s just that I choose not to go down that route.

I’ve never been a churn and burn merchant, forcing, cajoling and manipulating my subscribers into buying more from me. I’d probably make more money if I was.

But it’s not me. I’d rather let my subscribers choose what/if they want to buy from me and take it from there.

Sometimes the karma doesn’t work out though – I remember a few years back after a site of mine had flopped having a beer with a marketing mate who had just made $400,000 in about a week from churn and burn and an in your face launch.

Did I seriously investigate the ‘dark side’?

Course I bloody did – I’m not stupid 🙂

But let’s just say the downside involved more nasties than I fancied.

But anyway – long drawn out post just to say if you’re an email marketer try sending a ’round-up’ email to your list every now and again. Track your results against your usual emails and see what you think.