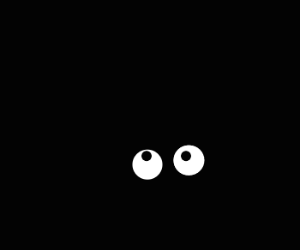 So I’m standing in the garden trying not to look at the sun, thinking that if I aim my iPhone at it I’ll be able to see the eclipse without burning a hole through my retinas and melting the back of my head

Turns out I was quite safe because it just went a little dull and then the clouds arrived.

And that’s because we’re EXPECTING them.

We knew this solar eclipse was on the way and the media ‘bigs it up’ for weeks before so when it actually happens it’s disappointing to many people. No orchestral music, no Nicolas Cage overacting and no thunderbolts.

You’d be toiling in the fields and the sky would go dark for no reason.

You’d shit yourself because you’d think it was the end of the world, sacrifice the village idiot and all pile into the local church to wait for the apocalypse.

Three weeks later when you weren’t all dead (except the idiot) you’ presume the sacrifice worked, would make sure that you regularly attended church and your heart would just about have gone back to it’s normal rate.

In short you’d have had your money’s worth!

You’d had the ‘real eclipse experience’ because it involved terror, the belief that you were going to die and weren’t prepared for it by the Daily bloody Mirror.

And in my opinion that’s where Disney gets it wrong.

They’ll suss it out eventually you mark my words