Please do not touch the head 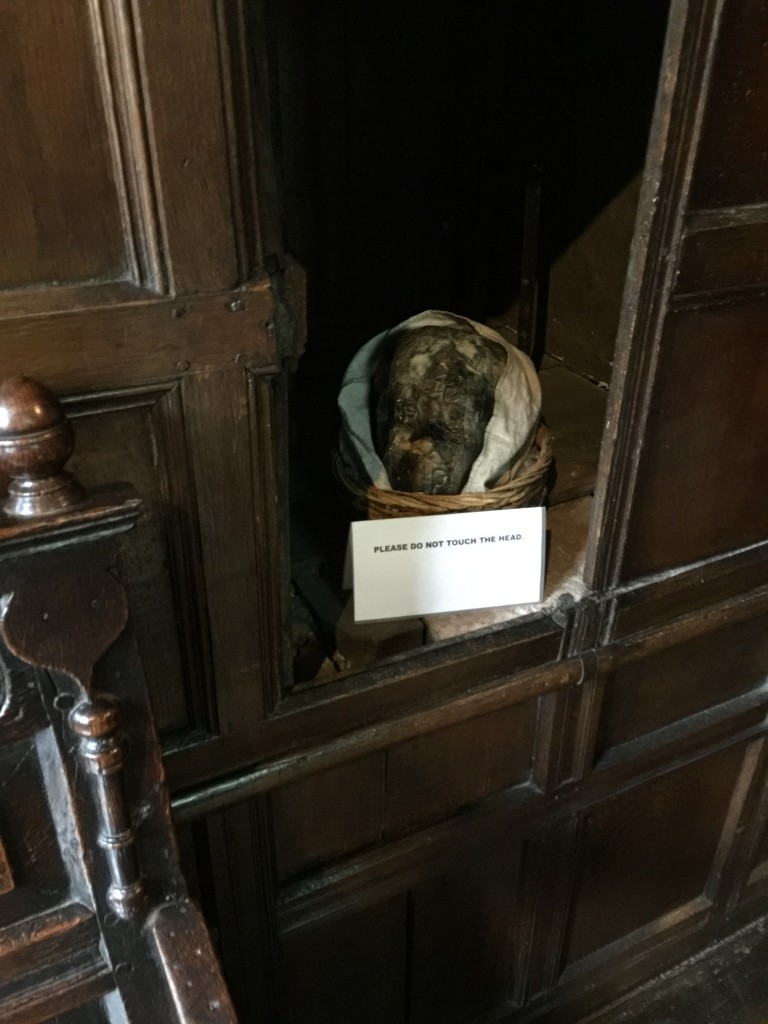 It didn’t end well. Francis was caught and sentenced to be hung, drawn and quartered.

(This next section is a bit grim)

So they hung him for SIX minutes (that’s as long as it takes to boil an egg), kicking spluttering and worst of all knowing that WORSE was to come because the hanging bit was ‘only’ for pain not execution…

…then cut him down, and while still alive, started to slice him into quarters.

Being a tough bloke – he was called ‘gay and volatile’ at the time but I’m pretty sure the meaning was different back then 🙂 – he was STILL alive so the ‘merciful’ executioner (great name for a band) cut his throat.

After being briefly buried, his head was then dipped in preservative pitch and rammed on a spike at Temple Bar in London, which was the gate between Fleet Street and The Strand and used to mark the entrance to the city.

(See what happens to northern lads on a night out in London eh?)

It remained there for over twenty years and in fact Dr Johnson (the poet, writer and essayist) saw it in the late 1760’s.

Must have been a bit mushy by then.

To cut a long story short, it ended up behind the chapel wall at Towneley Hall in Lancashire via a London townhouse, a hat box and the indignity of occasionally being passed round the dining table by pissed-up members of the Townely family for a laugh.

So when we saw what must be the BEST sign ever in a stately home ‘Please Do Not Touch The Head‘, I couldn’t resist sharing.

The photo is difficult to see but if you zoom in his nose looks to be in remarkably good condition, and you can see the hole when the head was rammed on the spike at the top. There’s still a bit of hair there too, in fact more than my accountant has.

One response to “Please do not touch the head”