They f*ck you up, your mum and dad 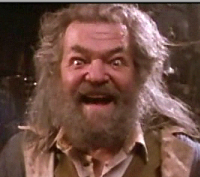 My lovely dad (that’s not him in the pic) had a real issue with ivy growing up the sides of houses. He said it got into the brickwork and would eventually cause structural damage (he always inferred the house would collapse but never said it in so many words)

A few years back when my wife and I needed to move from our wonderful tiny cottage to something bigger because the family was rapidly expanding, and we went house hunting I found that we both loved the look of houses with ivy on them, but I could never quite shake the feeling that buying one would mean going against my dad’s advice, and I might end up standing on a pile of ivy-strewn rubble.

(Our house now has some ivy on the front, and hasn’t collapsed yet even thought it’s over 200 years old – the house not the ivy)

Back to my dad.

He also thought that getting taxis was a waste of money in every circumstance and no wars ever should start untl the president or prime minister of all warring factions was standing on the front line with a helmet and a gun. I’m with him on that one.

But I’m well aware how your parents can affect what you think for the rest of your life.

Philip Larkin famously said in his poem ‘This Be The Verse’:

They fuck you up, your mum and dad.
They may not mean to, but they do.
They fill you with the faults they had
And add some extra, just for you.

But they were fucked up in their turn
By fools in old-style hats and coats,
Who half the time were soppy-stern
And half at one another’s throats.

Man hands on misery to man.
It deepens like a coastal shelf.
Get out as early as you can,
And don’t have any kids yourself.

I’m eternally grateful to my mum and dad for giving me a questioning mind, lots of love, support and the ability to laugh at myself and realise that we all have our ‘funny little ways and beliefs’ and we shouldn’t take them too seriously.

I find myself passing on all manner of crap to my kids because of some weird opinion I picked up somewhere along my journey in life. I try not to, but we all have our deeply ingrained (often stupid or hilarious) beliefs that we’ve never questioned too deeply just because of habit.

My son was checked out at the eye clinic a few weeks ago because they thought his left eye had a squint. He didn’t – he’s perfectly fine – but at the time all I could think about was ‘Is it because he has long hair and a long fringe?’ because my mum always said that long hair in boys caused a squint.

It’s total nonsense, and I’ve laughed about it with my mum especially she realised she got that particular opinion from HER mum. along with the belief that eating freshly baked warm bread (one of the delights of life) was bad for you.

(I got my ability to laugh at myself from my mum.)

Anyway you know I’m going to relate all this to online business right?

It’s weird how we come into a cutting edge arena like internet marketing where we should have NO pre-conceived ideas at all at how it all works, yet we do.

Im my courses and through my personal coaching I constantly come across people who have the weirdest unfounded ideas about how internet marketing works.

One student of mine refused to even consider expanding his business by developing plugins and themes (a perfect add on for his particular business) because he didn’t uderstand the coding that went into them. When I pointed out that this didn’t matter and we used freelancers to do ALL our plugins he was horrified.

‘What if you get a technical support issue you can’t answer?’ or ‘what if it needs updating when a new version of WP comes out?’

I told him we got a coder in to sort it out.

He was still horrified and likened it to someone pretending to be a doctor then looking symptoms up on the internet before prescribing medication.

This was a very clever, pretty successful bloke I hasten to add, not some scared newbie. He just had a strong opinion about not selling things you don’t understand yourself.

I told him he was leaving a big pile of money on the table. He told me I was wrong.

I still don’t agree with him but I respect his opinion.

Speaking of leaving money on the table, I was VERY guilty of that for quite a few years because I had a major bug up my arse about paying for traffic.

For AGES I would only work with free traffic and I had some success with it (obviously because I was making a fair chunk of money).

I wouldn’t pay for traffic.

It’s not that I’m a ‘tight northerner’ or didn’t have the funds. In fact I’m a huge advocate of paying for services that advance your business such as good hosting, good autorepsonder, and we employ two people full time not to mention a lot of outsourced work.

But I wouldn’t pay for traffic because it felt ‘wrong’ somehow.

When my awakening moment came and I converted to paid traffic I could have kicked myself round the room for leaving it too long.

So I became a total ‘paid traffic’ nut and even wrote a quite popular post about why free traffic is a mistake in my opinion:

You can see that when I ‘converted’ I swung right round to the other opinion in true ‘born again’ style.

Why the initial refusal to pay for my traffic?

Well I reckon I picked up that opinion in my early IM days. Some sort of mental block from the first IM stuff I read.

I had my gurus like everyone else, and when you decide you like how someone does something and you can relate to what they say, you LISTEN.

Unfortunately many of these beliefs stay with you and as human beings we’re VERY reluctant to change our opinions, especially in public.

If you take a person who has certain opinions about life at 20, and they have the SAME ones at 40 then in my view they’re not a strong willed person, they’re an idiot.

And online business, just like life is an ever changing thing. You (and I) need to check out new strategies and opinions with an open mind and a balanced outlook.

Otherwise you could end up in one of two camps:

1. Either buying every new shiny opp that comes your way

2. Not moving on or even considering new techniques and leaving your business stuck in the article marketing, Adsense days.

Your opinions are who you are, and how you choose to live your life. It’s bloody hard work to change, and to be honest why should you?

Well because it’s hugely refreshing to let go of some of the opinions that were holding you back. It lets you look at things from a different viewpoint.

If you’re still eating your steak well-done because you tried it rare when you were 17 and didn’t like it, give it another go. Your 50 year old palate might have changed.

If you’re still desperately trying to defend the Labour Party, Democrats, Republicans or Sinn Fein because you voted for them 30 years ago, try listening to the ridiculous shitey rhetoric that passes for their ‘manifesto’ these days and vote Green, Ron Paul or stand yourself. Or line your hamster’s cage with your next voting slip and go and learn Samba dancing instead of voting.

Business-wise I am fighting daily to get out out my old ways of thinking. It’s a good mental exercise.

Getting a mentor is a good way of doing this.

We all come into the world unburdened, innocent and wonderful (despite what some worryingly moronic religions tell you), but we go out carrying more baggage than a shoplifter at Christmas.

If you can find a way to dump some of that baggage halfway through life it’s an incredibly liberating experience. For some it just takes thinking hard about your beliefs.

For others it may take therapy.

But if you can do it from both a personal AND business viewpoint, then speaking as someone who’s only scratched the surface with baggage loss, I PROMISE that the sun will brust through the clouds and light up your life.

And if you’d like a little help with your internet marketing baggage, here’s a gentle suggestion:

And if you’re still reading….thanks. Most people find it hard to think about their core beliefs without getting uncomfortable.

I do for sure.

3 responses to “They f*ck you up, your mum and dad”